After almost two weeks in a coma, the 13-year-old Pine View student who was involved in a hit-and-run on August 16th, Lilly died from her injuries on Sunday, August 28, 2022. 65-year-old David Ching Cheng Chang was charged with leaving the scene of a serious crash with property damage and evidence of destruction. The… Read More »

How Do You Prove Losses in a Personal Injury Lawsuit?

Have you or anyone you know been involved in an accident caused by another person’s negligence? If your answer is yes, it doesn’t matter whether the accident was a dog bite, a car wreck, or a slip and fall, you will incur losses, either financially, mentally, or physically. However, since the cause of the… Read More »

What Happens If My Personal Injury Claim Goes To Court?

Accident victims have a legal right to pursue compensation and redress, especially if they’ve suffered damages due to another person’s negligence. The process of seeking redress can be long and convoluted, depending on the type of injury and the factors surrounding the accident. Injury victims may need to work with a qualified personal injury… Read More » 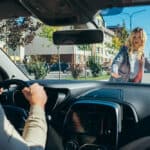 5 Reasons Young Drivers Can Be Dangerous On The Roads

All You Need to Know About Wrongful Death

Wrongful death is a legal term used to describe a situation in which a person is killed as a result of the negligence or intentional act of another party. The death may be of a loved one, such as a spouse, child, or parent, or it may be the death of a friend or… Read More »

According to a study in 2019, 5,115 persons died of motorcycle accidents in the USA. The pain of losing a loved one is excruciating, and if the death was wrongful, the pain is multiplied many times over. To avoid further heartache and stress, turn to a wrongful death attorney to take you through the… Read More »

Have you recently lost a family member due to someone else’s carelessness? When a loved one passes away due to the negligence of others, whether from truck accidents or medical malpractice, you will most likely suffer from stress and grief. Besides, you may also have to deal with the cost of the funeral, possible… Read More »

2022 One of The Deadliest Years In U.S. History For Drivers

Between January and March of 2022, 9,500 Americans lost their lives to car accidents— already making 2022 one of the deadliest years in U.S. history for drivers. This is a stark contrast from previous years, in which the first quarter is typically the least deadly for drivers. These figures are only increasing as the… Read More »

Another fatal I-75 crash occurred this week when a food truck blew a tire just north of Fruitville Road, causing it to flip over and catch on fire. The crash occurred at 10 a.m. Tuesday morning, August 16, 2022, and required I-75 Southbound lanes to be shut down temporarily. Both occupants of the food… Read More »

A FedEx delivery van crossed the centerline on SR 674 on Monday morning, August 8, 2022, causing a fatal head-on collision. The accident occurred between SR 674 and Katie Santaland Road in Hillsborough County. The 24-year-old FedEx driver collided with a 53-year-old semi-tractor-trailer driver. Both vehicles spun and blocked traffic lanes in either direction,… Read More »